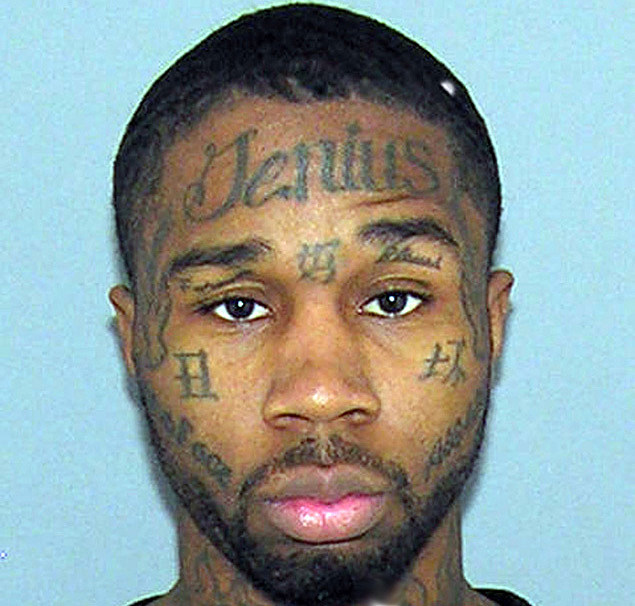 Tattoos are one of those things that might be totally okay for the day to day life of some folks, while other groups of people might want to steer clear from forever marking their skin with that 'I love mom' tattoo. Criminals are a group that seem to love to get all artsy with their flesh, but unfortunately sometimes it's the tattoos that get them caught. Here are 7 incredibly idiotic criminals who were brought to justice via their stupid tattoos. 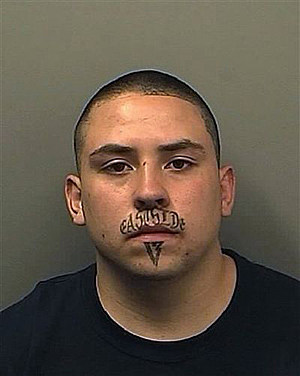 Does This Upper Lip Gang Tattoo Make Me Look Suspicious?

Anthony Gonzales is a man who knows what image he wants to present to people. It's an image of true professionalism. And by 'professionalism' we mean gang membership. His lovely upper lip tattoo which prominently reads 'Eastside' really makes him a unique individual. He invaded the home of an Elvis impersonator (not a joke at all.) and robbed the poor guy. He was wearing a mask, but failed to realize that you could make out his hideous tattoo through the mask. A witness to the crime reported the tattoo to authorities, who quickly identified the man, since there aren't that many morons out there who opt to forever deface their face. 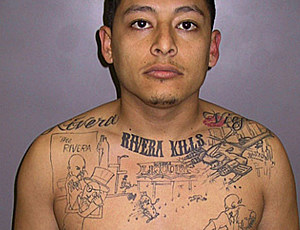 Try Not to Tattoo Murder Scenes on Your Chest

If you name your kid Anthony, he runs a pretty good risk of turning into a hardened criminal. The Anthony in this particular case is Anthony Garcia. He was involved in the murder of a convenience store clerk in 2004. Years went by and no suspects were apprehended. That is until one day investigator Kevin Lloyd was looking through mugshots working on another crime and came across a lovely picture of Garcia. Upon inspecting his insane chest tattoo, he noticed that the scene in the tattoo was the exact same scene in a 2004 murder he had investigated. Not sure if the word is out on this yet, but if you murder someone--moderate non-tattooing of murder scene on chest discretion is advised. 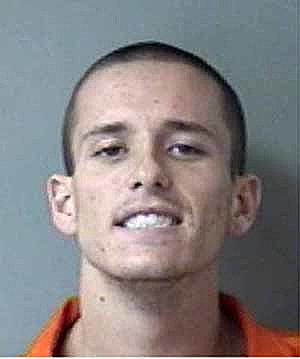 William Evan Troxell looks like an Ivy League grad in this photo doesn't he? What's that? Yeah, you're right--he looks like a complete buffoon. Which matches his actions, he robbed a convenience store in Okaloosa County, Florida. He took the time to cover his face with a mask, but flashed more than his handgun during the robbery. He gave the clerks a nice look at his stupid tattoo that said 'I-10.' This tattoo made his arrest like the final moments of one of your grandma's bingo adventures. I-10? BINGO!!!!! You have the right to remain silent, etc. 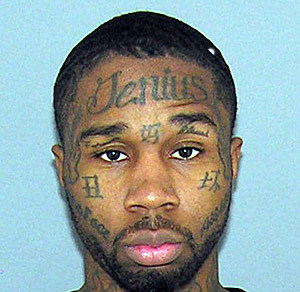 Jerome Smith is a special kind of criminal. Not only did he opt for the full frontal face tattoo, but he also opted to have the word 'genius' tacked onto his forehead. We are pretty sure that's what they call irony. After a post-jail pistol-whipping of his pregnant wife, Jerome made it easy for police to find him. They must have been concerned though, because his tattoo doesn't specify EXACTLY what level of genius he is. 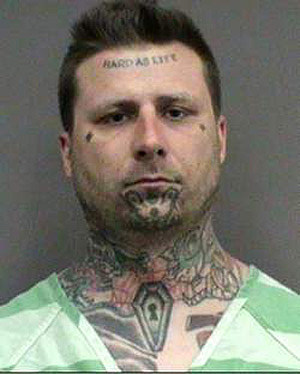 Life is Hard... For the Incredibly Dumb

Jeffrey Southwell had lived a hard life. He probably had trouble finding employment, most likely due to the Mike Tyson look he had goin' on with his abundant facial tattoos. He somehow had managed to convince a woman to be with him though, a woman who he attempted to murder. Gainesville Police received a call about a domestic disturbance. They caught Jeffrey because of his extensive facial tattoos, including one that said "Hard as Life" right across his forehead. 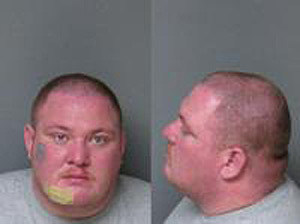 Being a superfan is all well and good, but make sure that if you want to permanently mark your face in support of your team--you don't go down the whole criminal path. Nobody told Donald Shaun Black. His love of the UNC Tarheels brought him to justice quicker than gettin' rowdy at a sporting event. Black botched a drug deal and got rowdy with police. He was arrested for all kinds of fun charges and his facial Tarheels tattoo helped police track him down. 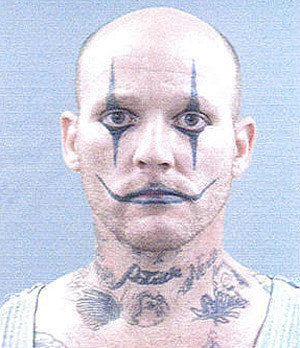 Stop Clownin' Around and Put Your Hands Up!

Anthony Alexander had gone through life with little help from his guidance counselor. At some point permanently tattooing clown markings on his face sounded like a good idea. Well, Alexander is nowhere near as clever as The Joker. While police were searching a residence in relation to another crim, they literally found Alexander hiding in the closet. His tattoo expedited the process of realizing the guy had a warrant for criminal trespassing and locked him up. Not even a clown can laugh when a large man named 'Cupcakes' has a stranglehold on his fruit-cup.

The lesson to take away from all this is, if you're gonna go down the road of a life of crime--discretion is key. Try to avoid facial tattoos if at all possible. Also, you probably shouldn't choose criminal for your career.
Filed Under: dumb criminals, Tattoos
Categories: Weird News
Comments
Leave A Comment
Back To Top
Grand Rapids' Michigan International Auto Show Canceled for 2021