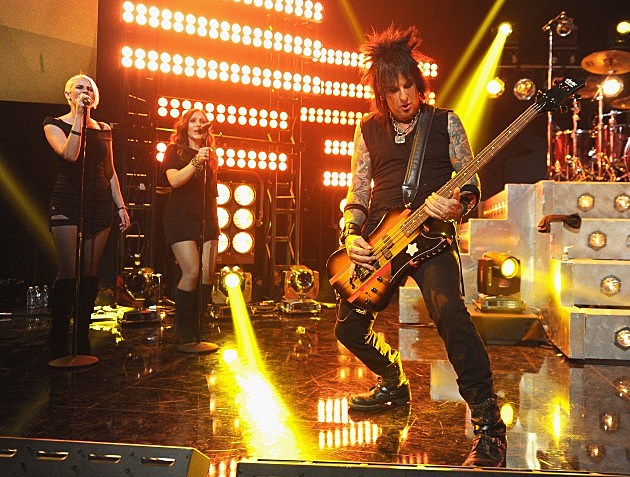 Sixx: AM has released the official lyric video "Get Ya Some".

The song comes from the band's third album, Modern Vintage, which came out on October 7, 2014.

Vocalist James Michael told Soundcheck 411, that "Get Ya Some" is one of his favorite songs on the album.

"I really love that song," Michaels said.  "It's a fantastic song to sing and because it's so over the top, the lyric is just so abstract and kinda obscured and that's what I love about it. It's a very fun song to sing, those verses are… I've kinda described them as kinda this low, creepy Tom Waits type of vibe in the verses and then, to me, that chorus explodes into that very Freddie Mercury-esque type of falsetto all over the top, and there's horn sections going on and it's just such a flamboyant song and I love it. It's a fun one to sing and it was a fun one to record."

This month, Sixx: A.M. embarked on its first ever headlining tour-- making a stop at Royal Oak Music Theater April 21.